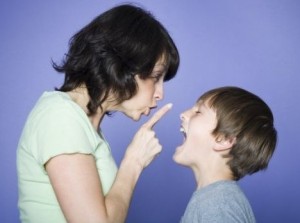 Never mind the French — we Jews have our parenting secrets too. If I ever write another book, this is it.  Bringing Up the Kindele: A Jewish Mother Shares the Secrets Behind Raising Children Who Don’t Listen, Won’t Shut Up and Might Never, Ever Leave Your Side.

When Helaine Olen gave birth, she knew nothing about bringing up children. At first she tried to go along with the parenting flow around her, going from Music Together sessions to RIE classes, all in the hopes of raising the perfect child. But when her son foiled her yet again by falling asleep in his car seat and missing class, Helaine decided to call her mother on her cell to pass the time. Listening to her mom’s ten-minute soliloquy-like response to the polite question “How are you?,” Olen suddenly had a parenting epiphany at the exact moment her mother said, “I didn’t want to worry you but I had a biopsy yesterday. Don’t worry. Everything’s fine. They don’t think it’s malignant. I didn’t call you. I didn’t want to worry you. What’s wrong with the baby that he fell asleep in the car? Is he sick? Does he have a fever? Did you feed him?”

She did know how to parent a child, one who could be self-obsessed and self-sacrificing at the same time, as well as in love with the sound of his own voice and uniquely oblivious to any social cue.

Olen turned to the wisdom of her mother, grandmother and generations of women from an ancient tribe before her in an effort to raise the perfect child. And now that her children have graduated from second grade, she’s willing to share the secrets of her mothering success with you. Topics addressed include:

Let Me Feel Your Keppe: Inculcating an Obsession with Health and Odd Ailments at an Early Age

The Art of the Interruption: How to Teach Your Children to Insert Themselves into Any Adult Conversation with Comments that Have Nothing to Do With the Topic at Hand.

Are You Hungry?:  Why It’s OK to Make Separate Meals for Every Member of the House at all Hours of the Day or Night

How Could You Do This to Me?: The Art of Explaining Your Own Self-Sacrifice to Your Children and Why They Shouldn’t Worry About It

Do You Think I’m Made of Money?: How to Teach Your Children the Fine Arts of Materialism and Financial Dependence at a Young Age.