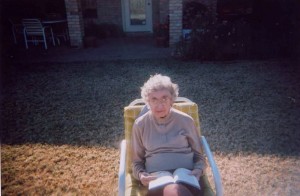 This week, AARP released a Social Security calculator, designed to demonstrate to the bevy of 50 and 60 somethings out there on the verge of retirement, that it is better to wait till age 66 to file for benefits, instead of taking a reduced monthly stipend at age 62.

This, of course, assumes there is a large group of people out there, who would otherwise work till age 65 or 67, but are simply lazy and waiting to take their Social Security benefits so they can put a bumper sticker on their car proclaiming “I’m Spending my Children’s Inheritance,” move to Leisure World and enjoy the senior vida loca.

This is a wrong assumption.

I’ve spent the past several weeks speaking with several of my former Los Angeles Times Money Makeover subjects for my book on the post-2008 world of personal finance.  Many are now in their fifties and sixties, and several have indicated to me that they plan to take Social Security ages that AARP would no doubt deem less than optimum.

They are not slackers. They are people who, rather, are suffering from the vicissitudes of life in 2011. If they are unemployed, they are much less likely to find work than people younger than themselves. Others fear they won’t be able to keep up much longer. As economists know, our nation’s productivity gains have been made by longer hours – men in professional and managerial jobs often put in 50-hour workweeks. Contrary to the wishes of desk jockeys in Washington, DC, there really aren’t that many people in there sixties capable of putting in punishing hours on the job. Yes, we are living longer, but it isn’t clear we are living healthier. Sixty ain’t the new 40 or even the new 50, and no amount of wishing is going to make it so.

My Makeover people run the gamut. One told me he was concerned he would not be able to perform his job safely in another year or two. Another told me she wasn’t sure she could put in the hours much longer – and, even if she could, felt that technological changes in her industry might render her job non-essential in the near future. A third, who had continued to teach infant education classes on a part time basis into her seventies, finally had to stop when she physically could no longer pick up the children’s toys. Still others are part of that 50something cohort who simply can’t get hired to anything but the most piecemeal of piecemeal work. And, finally, another group finds themselves losing hours of work caring for sick parents or spouses,  an increasing problem according to, yes, AARP, which is releasing a report Monday on the subject.

In other words, I doubt a Social Security calculator is going to do much for the vast majority of people who take their benefits before turning 66 except dump a heap of guilt on them for doing what they will really have no choice about doing.  And that’s filing for Social Security before they turn 66.